Did you see a springtail creeping around your mulch pile? Must be summer in North Carolina.

The heat draws out many unwelcome pests in the outdoor season, some more harmful (or irritating) than others. Springtails and millipedes are just a couple common summer invaders, and there are a few others careful homeowners should keep an eye out for. Here’s a list of the most common pests in North Carolina in the summertime.

North Carolina is home to thousands of different kinds of insects, pests, and rodents. But just a few dominate the summer scene. Here are the most common. 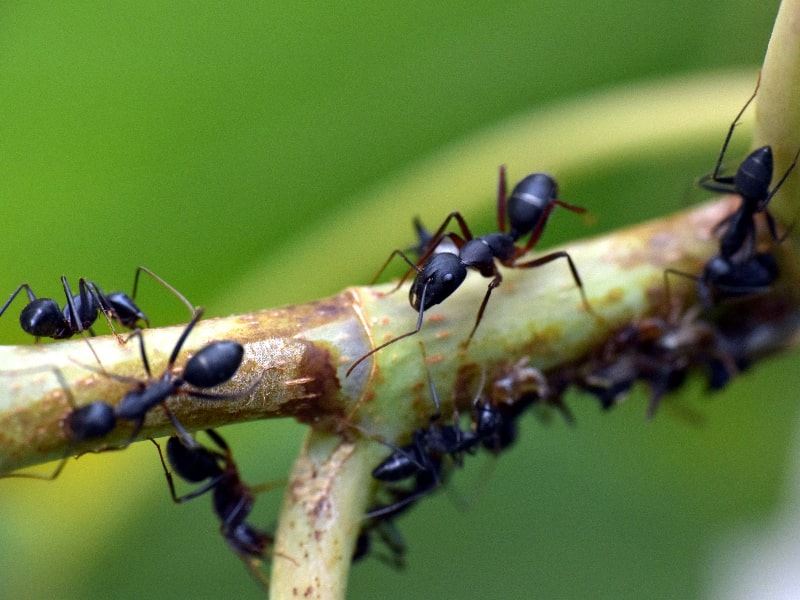 Ant can be annoying (those little sugar ants marching around your countertops) or they can even be dangerous (fire ants can pose a serious risk to people with allergies to them). And summer is their time to thrive.

You’ll find ants piled up in mounds outside your home, or plundering your kitchen and home for food and water — especially sweet things. Fire ants in particular can be attracted to the warmth of your outdoor grill. But ants can do some good for your world: they are pollinators (seriously!), aerating the soil and distributing seeds. They also eat other nuisance insects.

However, they can become a problem, and home remedies for fire ants especially can be unsafe (some people use gasoline or boiling water to get rid of them). And because you’re more likely to disrupt a colony than to eliminate it entirely, there’s a good chance the ants will just relocate and become a problem in another place. That’s why coordinated pest control — preferably among your neighbors, too — is the best way to take care of an ant problem.

Finally, it’s important to seal or caulk all cracks and openings under doors, in windows, and anywhere else that ants can creep in. 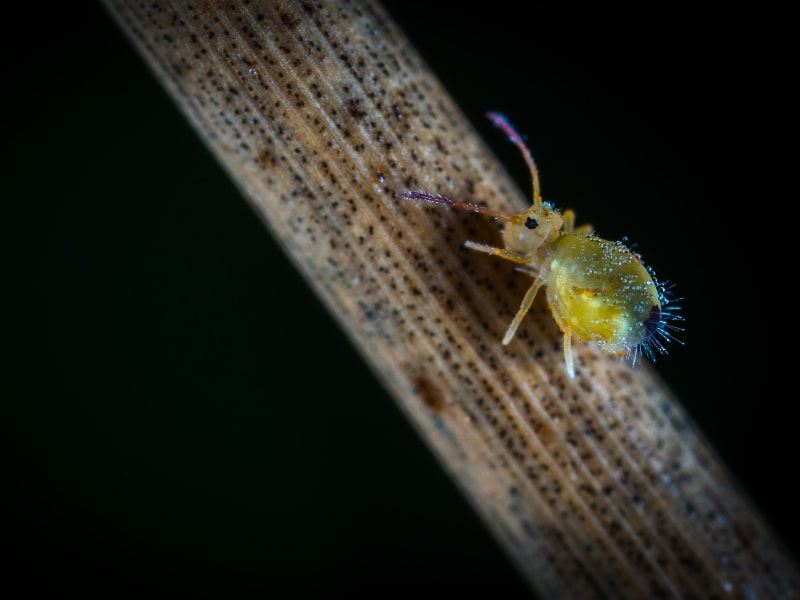 Here’s a fun fact: springtails — the flea-like pests that crawl around your leaf piles or compost heaps — are not actually insects but animals.

Springtails prefer to stay outside in your mulch, but in very wet — or very dry — conditions, they’ll start to creep inside for shelter. While they won’t bite you or eat your stuff or spread disease (phew), they can become an extreme nuisance and multiply severely — to the point of being able to scoop them up by the handful. And because they’re so tiny — between 1 and 2 millimeters long — you’re likely not to notice a full invasion until you’re deep in it. Prevention is key. 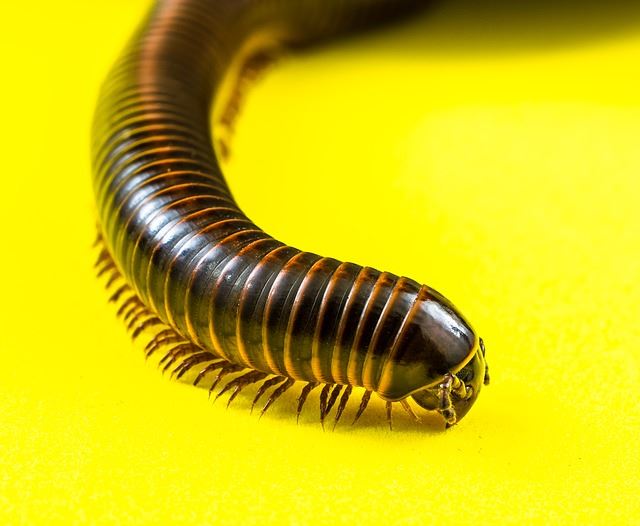 The No. 1 thing to know about millipedes: they stink. Literally, they smell bad.

They’re another pest whose numbers can increase rapidly into the hundreds and thousands. They’re also attracted to mulch and leaves, in addition to wet logs and woodpiles. (So, as always, ensure you’re keeping your firewood and your compost away from the actual structure of your home.)

While millipedes don’t pose too much of a threat (besides the smell), they can secrete a liquid that can cause blisters if it comes in contact with your skin. And, like springtails, they may seek shelter in your house during times of extremely wet or extremely dry weather. Once inside, they may burrow into crawlspaces, make homes in bathrooms and kitchens, and otherwise lurk in damp, dark places. Yuck. 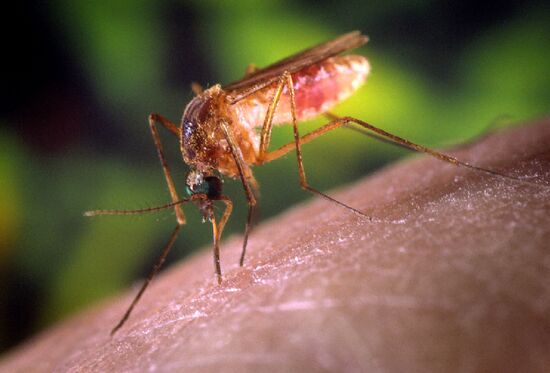 Mosquitos are a big topic.

Mosquitos in North Carolina can also carry other sometimes dangerous diseases, like the West Nile Virus, Eastern equine encephalitis, St. Louis encephalitis and Dengue Chikungunya. So, like all pests, they’re not just annoying. They can be harmful.

So here’s the deal with mosquitos in North Carolina.

You probably know by now that mosquitoes breed in still or standing water. In some swampy parts of North Carolina, mosquitoes are especially bad, but anyone with puddles in the yard after a storm knows you don’t need to be in a swamp to have a mosquito problem.

Eliminating standing water is an important step to reducing mosquito volume in your yard. And don’t just stop at the ground. Tarps, where water easily pools, can be a culprit, too, as well as the tops of air conditioners, sheds, your roof, and birdbaths.

(Check out more about mosquitoes in our pest library.) 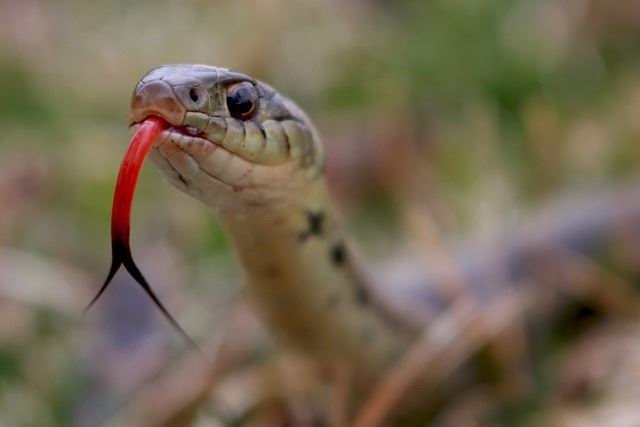 You may encounter snakes — especially copperheads — along greenways or trails and wooded areas when the weather is warm. They are not aggressive, but they are venomous and if threatened (or stepped on), they may bite you. If you are bitten by a copperhead snake, you should seek treatment immediately to reduce infection and pain. 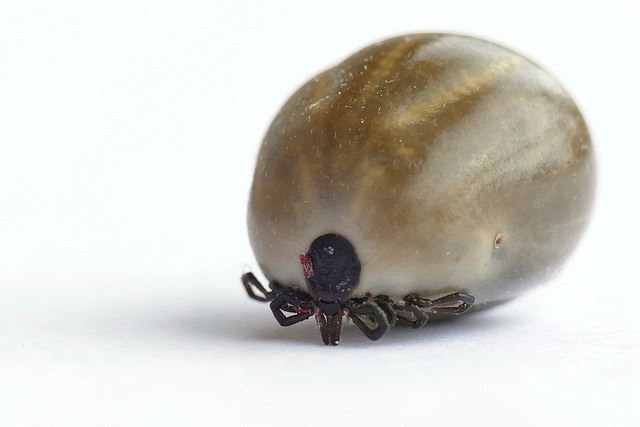 Ticks are a known — and growing — threat in the United States. They spread Lyme disease, yes, but they can also spread other diseases.

The four most common ticks in North Carolina are:

And, according to the CDC, ticks can carry pathogens for many other viruses and bacteria besides Lyme:

There are a few things that you can do to avoid ticks in your yard.

(Read more about ticks in our pest library.) 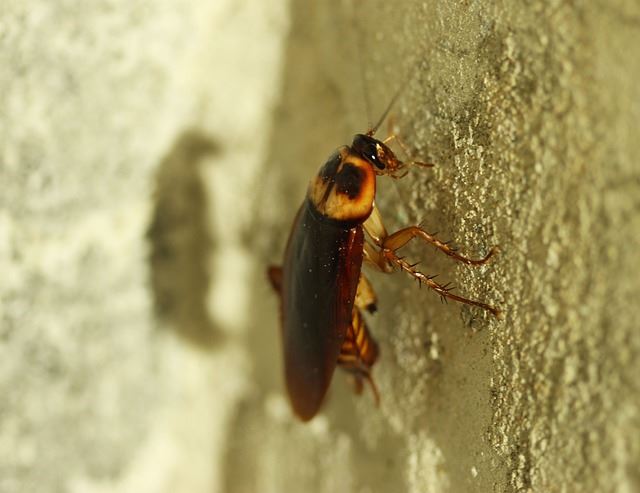 Cockroaches are another pest that enjoys staying underground cover like leaves and mulch and compost. They’re attracted to light so you may see them on your porch or driveway at night when your outside lights are on. And they’ll stalk your kitchen sink for water. But they’re different from classic German cockroaches, which are the ones associated with major pantry and other house infestations. Still, most of us prefer the number of roaches in our kitchens to be zero. 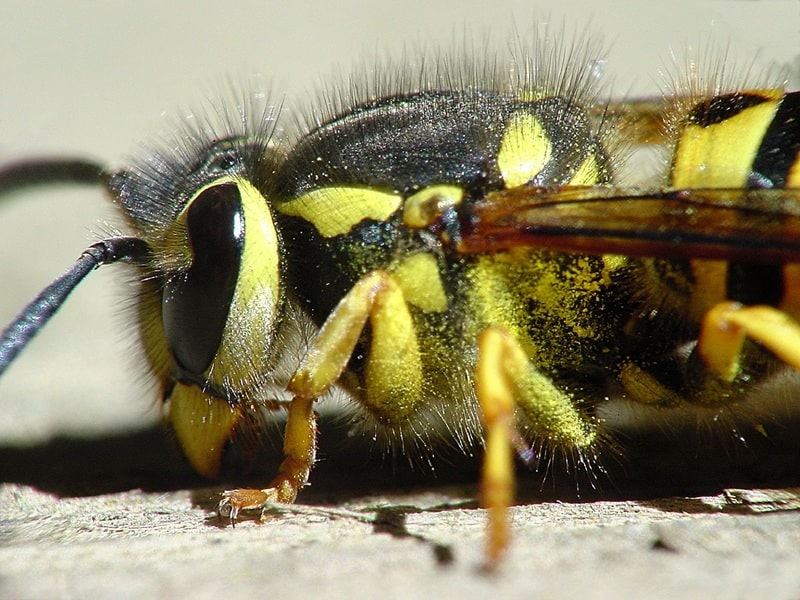 All the yellow jackets come out in summer — particularly in the later summer months of August and September. Like snakes, they’re best left alone. But also like snakes, sometimes you have an unfortunate accidental encounter with them. It’s not uncommon for people to accidentally stumble on them while mowing their yards or weed whacking, so prevention and routine pest control are your best defense. They tend to like sugary stuff like sodas and beer, so if you’re drinking from a can it’s a good idea to use a cup instead so a yellow jacket doesn’t sneak in and sting you.

Now that we’ve recapped some of the common pests around North Carolina, your next question might naturally be, “What can I do to get rid of pests in my home?” That’s where City Wide Exterminating comes in. Our Residential Pest Plan offers solutions designed to eliminate nearly any pest problem you may have, from common household pests like spiders, ants, and mosquitos, to bed bugs and wildlife. Several of our plans include multiple services, making our treatments as affordable as possible for our customers. If you’re looking for reliable and affordable pest prevention, your search ends here.